February’s AU-led peace agreement could be a turning point for the Central African Republic.

On Wednesday 6 February 2019, the government of the Central African Republic (CAR) signed a peace agreement in Bangui with 14 recognised armed groups. This is the eighth such agreement since the CAR descended into violent conflict in late 2012.

The deal came after 10 days of talks in Khartoum between the protagonists, after more than two years of intense negotiations under the African Union (AU) Initiative for Peace and Reconciliation in the CAR. The AU initiative prevailed over all other parallel initiatives – notably one initiated by Russia and Sudan – and finally united them in one single process in order to increase the chance of reaching a successful peace and reconciliation agreement. This agreement could be a turning point for peace in the CAR, given the protracted nature of the conflict and the fact that armed groups control about 80% of the territory.

This agreement could be a turning point for peace in the CAR, given the protracted nature of the conflict

Although this is a diplomatic success for the AU and its partners, some are sceptical about the viability of this latest peace deal. How is this agreement different from the previous seven, and from the half-dozen major agreements signed since the 1997 Bangui Accord? Will the February 2019 agreement stick?

The agreement is a comprehensive document covering the fundamental principles of a sustainable resolution of the conflict. It also outlines the roles and responsibilities of the government, armed groups, region and international community.

The accord contains provisions on the key issues of disarmament, demobilisation, reintegration and repatriation; justice and national reconciliation; seasonal cattle migration (transhumance); transitional security arrangements; and democratisation. Also included in the text is a mechanism for the implementation of the agreement and its monitoring.

With the above provisions, the agreement does not really depart from the norm for peace deals.

Challenges for the February 2019 deal

There were two major bones of contention throughout the months of consultation with stakeholders. The divisive issues, especially between the government and armed groups, were the questions of impunity and power sharing.

Although ready to grant some concessions regarding power sharing, the CAR government was reluctant to send the wrong message and undermine the legitimacy of the duly elected president, Faustin-Archange Touadera.

The government was also unwilling to grant a general amnesty to armed groups, as impunity was recognised as a major contributor to the recurring violence in the CAR. Demands for accountability for war crimes and crimes against humanity were also explicitly made by the CAR’s citizens during the 2015 Bangui Forum of National Reconciliation. This position is reaffirmed in the February 2019 peace agreement.

However, some of its clauses do include concessions by the key players and provide for a measure of power sharing, which could help to to restore peace and stability; other provisions could allow impunity. Clauses on decentralisation and the establishment of an inclusive government following the signing of the peace agreement address the question of power sharing.

A potentially divisive issue will be the composition of the expected inclusive government. It remains to be seen which ministerial portfolios will be allocated to armed groups and whether all of them will be included. Their reaction to those appointments and to further power sharing in the administration, including at the regional level, will be crucial to the viability of the peace.

It is also proposed that the National Assembly pass a law giving former CAR heads of state special status with pecuniary benefits. This decision seems to favour former presidents Francois Bozizé and Michel Djotodia, who have been in exile since 2013 and 2014 respectively, and who were consulted during the peace negotiation process. Some might be opposed to a special status for Bozizé and Djotodia.

Even though general amnesty is not explicitly granted in the agreement, two clauses leave room for restorative justice and presidential discretion. First, there is the establishment of the Truth, Justice, Reparation and Reconciliation Commission (TJRC). Such a commission is not a novelty and more often than not is conducive to peace and stability, as it adds a measure of restorative justice.

Perhaps more curious and under the same heading of justice and national reconciliation, mention is made of the possibility of the president (Touadera) using the presidential pardon in a discretionary manner. This appears to be a guarantee of being pardoned should certain individuals – particularly the leaders of the armed groups – be found guilty and sentenced. However, the TJRC’s decisions cannot affect cases before the International Criminal Court or the CAR Special Criminal Court.

One obvious limit to this approach is that violence could break out between the moment an individual is arrested or sentenced and a presidential pardon is eventually given. Another issue is that selective presidential pardons may seem unfair to those who do not receive any and so take the country back to its darkest days.

Before reaching this point, however, the parties – government and armed groups – have to begin implementing the peace agreement. This has not happened in the past, as attested by the failure to implement the previous peace agreements. Getting the parties to sign is no small achievement – and the AU initiative did deliver in this regard – but the real work starts with implementation.

Currently, resistance seems to come from individuals on both sides. A new government is still keenly awaited. The absence at the Bangui signing of some key armed group leaders, notably Noureddine Adam, Abdoulaye Hissen and Ali Darassa, also raises concerns about the next steps.

The planned establishment of transitional mixed special security units – composed of government forces and members of armed groups – as provided in the agreement, will be a real test of the willingness on both sides to work together.

Overall, however, the current context seems to favour an enduring peace deal. The AU peace initiative’s success in uniting all stakeholders under one banner signals that there is a level of commitment from all external actors to seeing the agreement through, in spite of some dissenting voices. In the past, external actors to the CAR lent financial and material support to different internal factions, thus exacerbating tensions and undermining the return of a lasting peace.

It is evident that the burden is also on the CAR protagonists themselves to commit to the implementation of the peace deal. Getting all the armed groups in Khartoum at the same time – and for the first time – is in itself an indication of a desire on their part to change the status quo. Additionally, the insistence of the AU and the government on limiting the dialogue to the government and armed groups, so as to avoid a repeat of the Bangui Forum, was an appropriate strategy.

When Touadera became the CAR president in 2016, following a tumultuous political transition that lasted three years, he vowed to engage in a substantive dialogue with the plethora of armed groups wreaking havoc in the country.

The process has been long and gruelling, but this month’s peace deal could be the foundation upon which to finally build a peaceful and prosperous CAR. The AU, as the head guarantor and facilitator of the CAR peace process, must remain steadfast on implementation. It should ensure, through taking the appropriate measures enshrined in the agreement, that the hard work it has done to get to the signing of the agreement does not go to waste and, more importantly, that the people of the CAR finally see a lasting peace.

Related content
A busy election year ahead in 2019
Major elections will take place in Nigeria, Senegal, South Africa, Algeria, Tunisia and Mozambique in 2019.
The PSC should put Sudan on its agenda 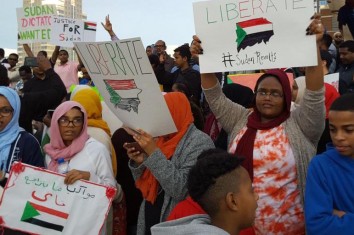 The ongoing protests in Sudan warrant closer attention from the PSC.
With four new members, is the PSC at a crossroads? 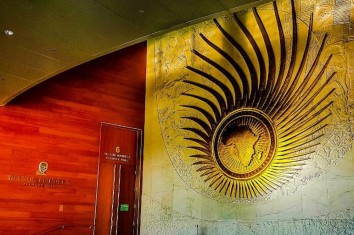 At the recent AU summit, the Executive Council elected four new members to the PSC for a three-year term.
South Africa can bring the AU closer to the people 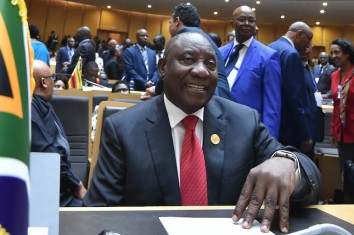 At the helm of the African Union, SA can improve the body’s record on governance and democratisation.
AU summit 32: Beyond the hype of Africa’s free trade deal
The African Union must guard against perceptions that AfCFTA is a political project with little concrete value for investors.
AU summit 32: Egypt takes the wheel at the AU
In its first stint as African Union chair, Egypt will likely prioritise economic goals.
AU summit 32: Big powers back on the Peace and Security Council?
To be effective, the way in which crises get onto the PSC’s agenda needs to change.
AU summit 32: Renewed focus on refugees
Africa is being encouraged to act on the causes of forced displacement, rather than focusing on security measures.
AU summit 32: Maghreb’s changing politics of migration
Political challenges and deep inequalities fuel the sharp rise in irregular migration from North Africa.
Human suffering underlines the urgency to do more in 2019
In 2019 the PSC should scale up its engagements on crises in the various regions of the continent.
A busy election year ahead in 2019
Major elections will take place in Nigeria, Senegal, South Africa, Algeria, Tunisia and Mozambique in 2019.
The PSC should put Sudan on its agenda