The simple answer to your question is plainignorance.

Many Africans do not have a full picture of Europe. Our image of Europe is based on what we see on TV, what we learned in schools and NGO staff and workers from developed nations who work in Africa.

They are much more one might add but they all come down to a few things.

On TV, we follow football. English Premier League is the most watched league in Africa. We watch games and keep up with players’ salaries, how much they are getting bought by teams, and so on. When we hear that a player earns $100,000.00 a week, we just assume that we will be rich as soon as we land in Europe. 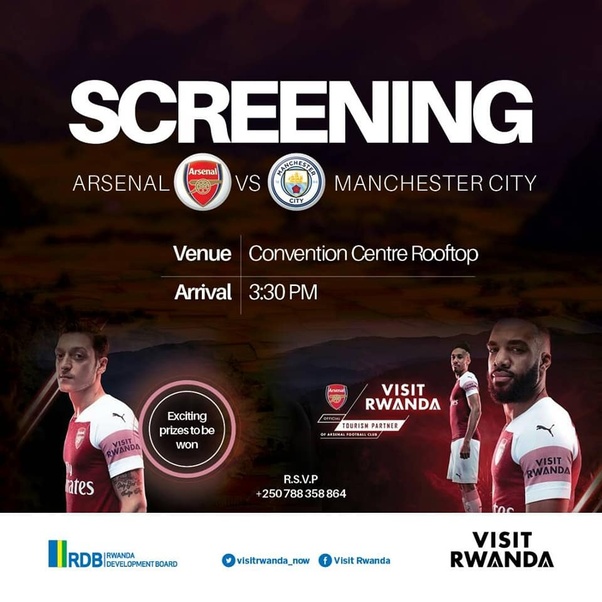 Game Screening ads this weekend between Arsenal and Manchester City in Kigali, Rwanda.

This is why many of West Africans crossing the shores spent between $ 3, 000-$10,000 trying to make it to Europe at all cost. This money could have been used to start a small/medium business in their home countries. Instead, they sell all their belongings based on fantasy dreams and overpaid soccer players.

The aid industry in Africa.

Many NGO staff who work in Africa lives like kings and queens. A big number of them earn western salaries while living in Africa. Imagine earning close to a six-figure salary and a bunch of bonuses while working in a developing nation. You really live a decent lifestyle in Africa. Big mansions, big cars, ravish vacations to luxuries hotel, you name it. The white savior mentality, etc. All in the name of “helping” the poor. All they do is to enrich themselves.

Charities in Africa. How does Aid hurt Africans? by Didier Champion on Africa is Home

An average African assumes that they made all that money in their home countries before coming to Africa. The “LG ( Life is Good in Europe) mentality is very big.

For young people whose education systems have failed with record high unemployment rates, their eyes are faced towards Europe. Those folks are ambitious and want to make the best out of their lives. However, their governments and leaders have failed them big time.

Fellow Africans Abroad does not help.

To salt to the injury, those of us (their fellow Africans) who come to Europe do not give a full view of what life in Europe is. We like to show off big time. Our friends back home who follow us on Instagram, Facebook and elsewhere, get the idea that we have made it over there when in reality many are faking it.

Many Africans might be struggling to make ends meet. However, when our friends back home ask us the question: “how is life in Europe?”; many Africans will just lie. A fellow African might be homeless in Paris, but they will send their pictures in front of the Eiffel Tower on a borrowed smartphone, just to show off.

In the end, you end up with fellow Africans embarking on desperate journeys of shame and mediocrity. Some countries in Africa are very well-developed, but in our minds, any country in Europe is all milk and honey.

Many of those folks don’t know the difference between Portugal and Germany, Hungary and Italy, France and Latvia, Europe is Europe and that’s all that matters. Given a choice, an African will go to Hungary before Botswana or Mauritius. They just have no idea of the economics of other African countries. The Europe they see on TV based on football, and a few other things are all milk and honey.

Those folks might hear that the minimum wage is $15 an hour. They would convert into local currencies and get excited about the money. They might not know that the monthly rent of a one bedroom apartment might be $ 1,000.00-$1,500.00. Without even thinking about work visas and other legal pathways, they start dreaming and fantasizing about Europe. For those who have not traveled to other countries, the concept of “cost of living” is very hard to grasp.

So much more examples to add but hope this is a good summary for you.

Access to information about real life in Europe can help.

We can only reverse this trend by educating our fellow Africans. At least, teach them how things work in Europe ( the good and the bad). Learn about other African countries who are doing well and what they have done to get there.

People can make their countries’ economic situations better instead of dreaming about the fantasy Europe. For those who move there illegally, their dreams turn into nightmares. See the story below and learn more.

I sold all I had to go to Europe – now I’m home, and broke