Incidentally, once you read this you’ll no longer wonder why French presidents and ministers are sometimes greeted by protests when they visit former French colonies in Africa, even if the protests are about other issues. Though what other issues could be more important than this one we have no idea.

Monetary bankruptcy
Just before France conceded to African demands for independence in the 1960s, it carefully organised its former colonies (CFA countries) in a system of “compulsory solidarity” which consisted of obliging the 14

African states to put 65% of their foreign currency reserves into the French Treasury, plus another 20% for financial liabilities. This means these 14 African countries only ever have access to 15% of their own money! If they need more they have to borrow their own money from the French at commercial rates! And this has been the case since the 1960s. 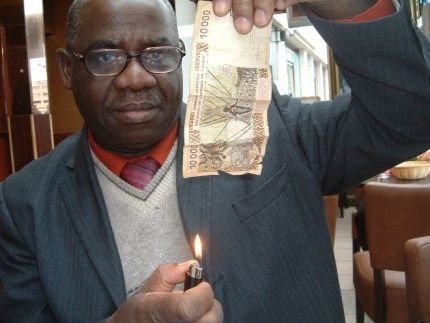 Believe it or not it gets worse.

France has the first right to buy or reject any natural resources found in the land of the Francophone countries. So even if the African countries can get better prices elsewhere, they can’t sell to anybody until France says it doesn’t need the resources.

In the award of government contracts, French companies must be considered first; only after that can these countries look elsewhere. It doesn’t matter if the CFA countries can obtain better value for money elsewhere.

Presidents of CFA countries that have tried to leave the CFA zone have had political and financial pressure put on them by successive French presidents. 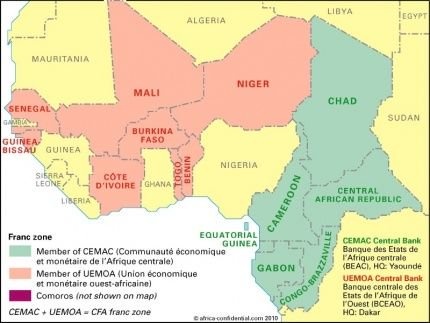 No escaping the CFA Zone
Thus, these African states are French taxpayers – taxed at a staggering rate – yet the citizens of these countries aren’t French and don’t have access to the public goods and services their money helps pay for.

CFA zones are solicited to provide private funding to French politicians during elections in France.

The above is a summary of an article we came across in the February issue of the New African(and from an interview given by Professor Mamadou Koulibaly, Speaker of the Ivorian National Assembly, Professor of Economics, and author of the book The Servitude of the Colonial Pact), and we hope they won’t mind us sharing it with you influx, so here goes: 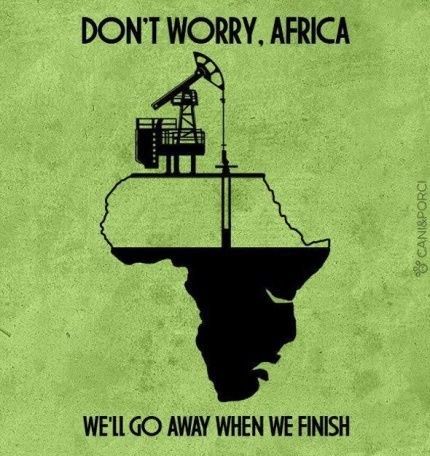 The colonial pact
It is the Colonial Pact that set up the common currency for the Francophone countries, the CFA Franc, which demands that each of the 14 C.F.A member countries must deposit 65% (plus another 20% for financial liabilities, making the dizzying total of 85%) of their foreign exchange reserves in an “Operations Account” at the French Treasury in Paris.

The African nations therefore have only access to 15% of their own money for national development in any given year. If they are in need of extra money, as they always are, they have to borrow from their own 65% in the French Treasury at commercial rates. And that is not all: there is a cap on the credit extended to each member country equivalent to 20% of their public revenue in the preceding year. So if the countries need to borrow more than 20%, too bad; they cannot do it. Amazingly, the final say on the C.F.A arrangements belongs to the French Treasury, which invests the African countries’ money in its own name on the Paris Bourse (the stock exchange).

Ownership of natural resources
It is also the Colonial Pact that demands that France has the first right to buy or reject any natural resources found in the land of the Francophone countries. So even if the African countries could get better prices elsewhere, they cannot sell to anybody until France says it does not want to buy those natural resources.

It is, again, the Colonial Pact that demands that in the award of government contracts in the African countries, French companies should be considered first; only after that can Africans look elsewhere. It

doesn’t matter if Africans can obtain better value for money elsewhere, French companies come first, and most often get the contracts. Currently, there is the awkward case in Abidjan where, before the elections, former president Gbagbo’s government wanted to build a third major bridge to link the central business district (called Plateau) to the rest of the city, from which it is separated by a lagoon. By Colonial Pact tradition, the contract must go to a French company, which incidentally has quoted an astronomical price – to be paid in euros or US dollars.

From Parliament to resources
Not happy, Gbagbo’s government sought a second quote from the Chinese, who offered to build the bridge at half the price quoted by the French company, and – wait for this – payment would be in cocoa beans, of which Cote d’Ivoire is the world’s largest producer. But, unsurprisingly, the French said “non, you can’t do that”.

Overall the Colonial Pact gives the French a dominant and privileged
position over Francophone Africa, but in Côte d’Ivoire, the jewel of the former French possessions in Africa, the French are overly dominant. Outside parliament, almost all the major utilities – water, electricity, telephone, transport, ports and major banks – are run by French companies or French interests. The same story is found in commerce, construction, and agriculture.

In short, the Colonial Pact has created a legal mechanism under which
France obtains a special place in the political and economic life of its former colonies.

The big questions
In what meaningful way can any of the 14 CFA countries be said to be independent?

If this isn’t illegal and an international crime, then what is?

What is it going to take for this state of indentured servitude to end?

How much have the CFA countries lost as a result of this 50-year (and counting) “agreement”? (Remember, they’ve had to borrow their own money from the French at commercial rates)

Do French people know they’re living off the wealth of African countries and have been doing so for over half a century? And if they know, do they give a damn?

When will France start paying back money they’ve sucked from these countries, not only directly from the interest on cash reserves and loans these countries have had to take out, but also on lost earnings from the natural resources the countries sold to France below market rates as well as the lost earnings resulting from awarding contracts to French companies when other contractors could have done things for less?

So you see based on the research the italian deputy prime minister was absolutely right about france continuing to exploit africa. And this is not unknown to the rest of europes leaders, sadly they just choose to turn a blind eye.